We can announce with great satisfaction and pride that we have overcome the technological challenges of a very demanding innovation project subsidized by the CDTI (Center for Industrial Technological Development), which positions us at the forefront of the national and international market.

This achievement is an important milestone for our company, since we had not previously developed a daytime camera (visible and near infrared spectrum) with differential performance in the market, as it is already the case with infrared thermal cameras, where we are an industry benchmark.

Visible cameras, like the human eye, operate on the same principle as visible light energy hits an object, bounces back and a detector receives this bounce and converts it into an image. Whereas infrared thermal cameras produce images from the heat received, not from visible light.

Not having our own competitive visible camera solution limited our capacity to develop new products in the optronics sector, where Tecnobit – Oesia Group is a major player.

The market demands multi-band sensor heads, i.e., a solution that includes a combination of cameras sensitive to different areas of the spectrum (visible and infrared).

One of the main challenges of the project was to achieve great versatility and modularity, capable of complementing other thermal cameras developed by us as well as other integrators’ systems, such as our ARGOS optronic surveillance system, which is used by the most modern ships of the Spanish Navy.

We have developed a new concept of visible camera, which offers differential performance compared to the main existing solutions on the market in terms of range, compactness, latency and robustness. 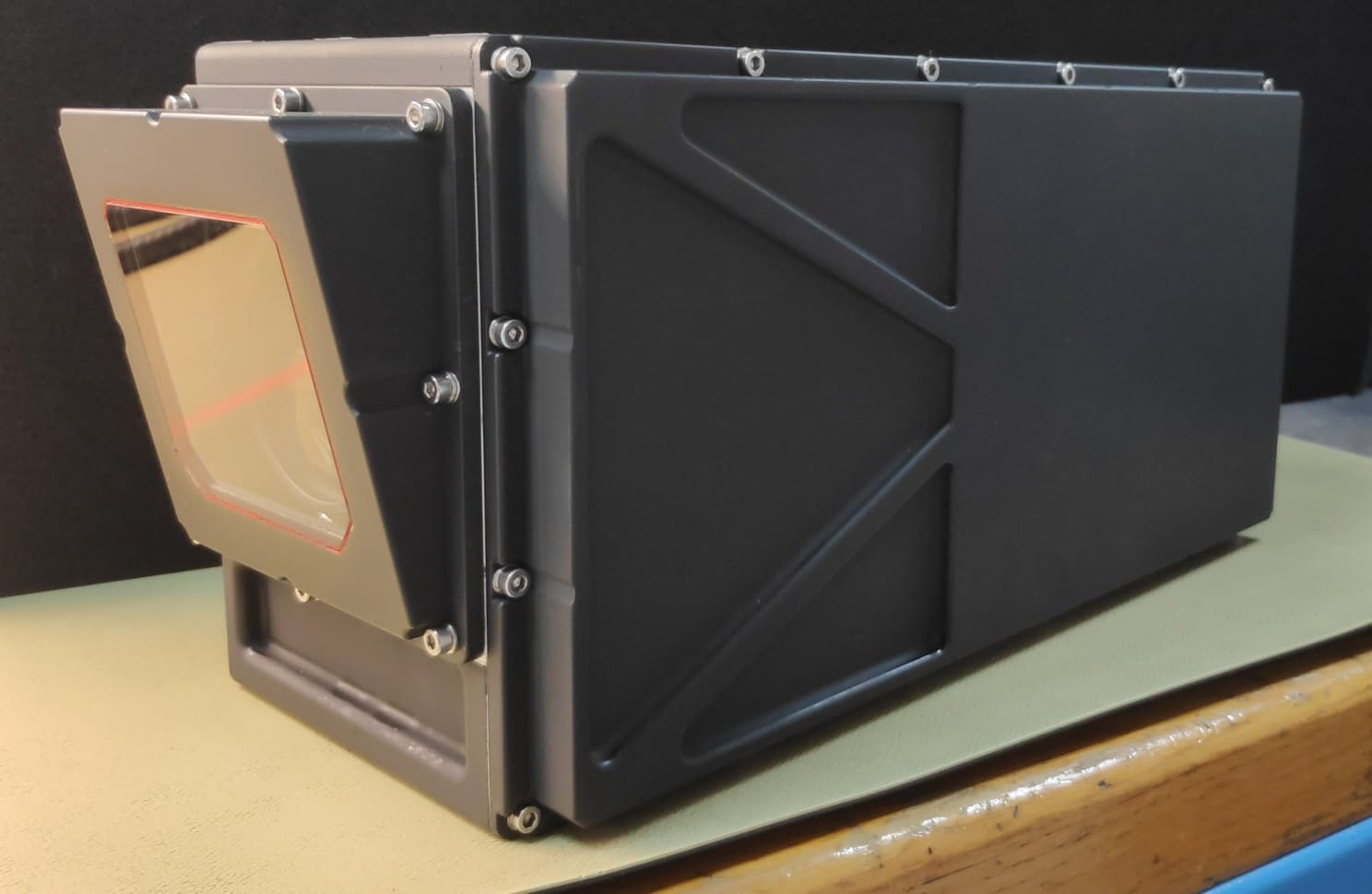 We have succeeded in making our camera meet the same stringent environmental qualification requirements as our other products, but in a smaller size. Our new daytime camera is rugged, compact and sealed and contains a x50 optical continuous zoom (almost double than the existing ones on the market), with low latency (< 20 ms) and a variable frame rate of up to 60Hz.

The low latency achieved, i.e., the time from when the sensor captures the scene until that acquired image is generated as video by the main connector, is of vital importance for weapon systems, as the acquired image is used to make critical decisions by autonomous systems.

Other improvements include automatic control of iris, focus and zoom using HW processing techniques that ensure immediate and accurate response. Also noteworthy is the coverage of the visible plus near infrared (NIR) spectrum.

Although the initial project has been completed, we are currently making improvements for industrialization and exploring the limits of performance. In this regard, we are developing a 60Hz frame rate improvement and image quality verification in adverse lighting conditions (down to 0.2 lux).

In turn, the product is in production and with deliveries already made and committed. We have sold more than 100 units, of which we have delivered some 30 cameras to two major international customers for applications ranging from maritime surveillance to anti-aircraft systems.

We are also very proud to have successfully passed the international evaluation of the Swiss company Rheinmetall, coming first among all those evaluated and, therefore, selected as suppliers for their air defense stations.

Finally, it should be noted that this new development is a dual-use technological solution, as it is useful for maritime and land mobility environments and remote weapon stations (defense), and for observation systems in surveillance applications (security), such as perimeter surveillance at airports.