The recent events triggered by the invasion of Ukraine have produced a momentous shake-up in the global geopolitical chessboard, taking us back to times we all thought were happily behind us. Suddenly, the perception of security on which Western societies, especially in Europe, were built has been shattered.

During the second half of the 20th century and the first two decades of the current century, we have witnessed the greatest period of peace and prosperity in history. The reasons for this cycle were the lessons learned by Europe after the terrible world wars of the first half of the century, and the balance of forces between blocs during the cold war. Then came the collapse of the Soviet Union in the 1990s, making the potential conflict between the Western and Soviet blocs disappear for 30 years. Although other threats emerged, such as jihadism, nothing seemed to indicate that the conflicts of the first half of the 20th century could be repeated in what we call the developed world. We believed that the confrontations were limited to other territories around the globe.

This situation of apparent Pax Romana contributed to the development of globalization, accompanied and facilitated by a vertiginous technological development, breaking geographical barriers and producing the rapprochement of values and cultures at an international level.

As a consequence, Western societies developed the perception that security, understood as the protection of our way of life, was a given, as the global ecosystem made forces converge towards scenarios of collaboration and harmony. Moving from physical battles, such as those suffered throughout the existence of mankind, to battles in the economic arena.

Western democratic societies, and consequently their governments, reacted by progressively reducing defense investment, and even questioning the need for a major defense effort. The main role of the armed forces, the protection of the country and its inhabitants, was veiled to society when they began to speak exclusively of their humanitarian action in peace missions. Thus, the perception was created among the public that the mission of the armed forces is to go to distant territories to preserve Western values that we want to export to the world, with democracy and human rights at the forefront. 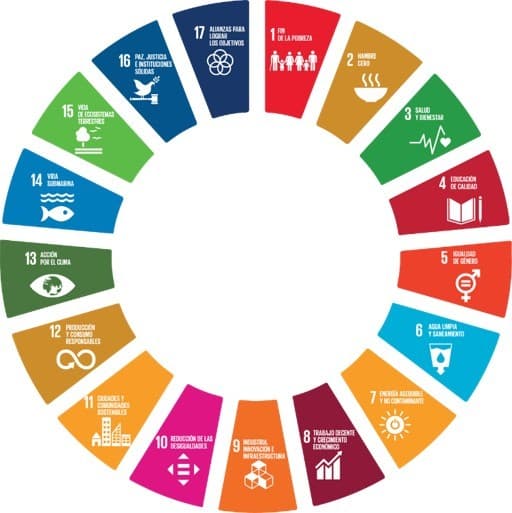 This context has served to ensure the prosperity of our societies as never before, as well as being fertile ground for the rapid development of the 2030 agenda and the Sustainable Development Goals (SDGs). For the first time in history, all countries, especially the most developed ones, agreed on a joint agenda to respond to the challenges facing humanity, some as immense as the fight against climate change.

While this was happening, companies and citizens adopted the Agenda’s values of solidarity, co-responsibility and sustainability. Thus, over the last 15 years we have witnessed an exciting and satisfactory development of CSR policies in companies and the definitive awareness of governments and citizens.

Since I started working seriously in the development of sustainable policies in the corporate world, back in 2009, until today, I have seen how the debate, and more importantly, the action of companies and citizens has taken an immense leap towards values. Purpose and Responsible Business have become central to the agenda of large and small companies alike, and Agenda 2030 is definitely at the heart of policy decisions. The recovery and resilience plan proposed by Europe and Spain after Covid19 is a good example of this.

And just when we thought we had made it and were heading resolutely towards the goals, when we seemed ready to invest in the energy transition and decarbonization, when technological development brought us closer than ever to each other and reduced the barriers to progress in developing countries, when consumers were influencing the responsible strategy of companies with their purchasing decisions, when values finally seemed to be on everyone’s agenda….

Without security, which maintains the values and the form of society that we have worked so hard to develop, the rest of the principles cannot be guaranteed. If we take Maslow’s famous pyramid as a reference, we can say that Security, which seemed to have been overcome, has returned to the base, supporting the rest of the needs.

We have realized that security always depends on the weakest point, that it is not up to us, the good guys, but to those who do not share our values to take advantage of our weakness and jeopardize everything we have achieved. We have watched in horror as a European country, which wanted to modernize and looked forward to the future, has been crushed by its inferiority in defense.

It is time to open debates that incorporate the new reality. What are the implications of this new situation for the 2030 Agenda? How to maintain the Agenda without jeopardizing the sustainability of the world that has made it possible? What does Security mean? What does it involve and what effort does it entail? How to integrate Security within the Culture and Values of the 2030 Agenda?

Early discussions and reactions I have seen on social networks pose the equation as a zero-sum game. If we increase investment in defense, that would mean reducing the necessary investment in health, education, energy transition or international cooperation.

This idea is based on considering defense as the enemy, which detracts from other objectives and priorities by draining resources from the system. The question is whether this reasoning is really correct or whether it is possible to bet on the defense without questioning the rest of the principles. One wonders why it would be necessary to choose if EVERYTHING is essential and indispensable.

The answer must come from the efficiency of our economic model. The first thing to do is to put maximum focus on what is really essential, and to know how to give up. This is an important message for our political class. Every euro invested is a unique opportunity to steer us in the right direction. Every euro misspent will cause more damage in the future than ever before.

The second must be to accelerate the technological and digital transformation of our society, to increase our capacity to create value. Accelerate the technological revolution underway to increase productivity, reduce costs and free up resources that can be used to drive the energy transition, improve the use of resources and improve people’s quality of life. Technology that provides efficiency, to increase productivity and reduce barriers to change.

Technology will play a fundamental role in this new era and is more necessary than ever. To do so, it must have a purpose, to make possible a better, more efficient and sustainable world, but also a safer one.

I am optimistic about the future that lies ahead, but I believe that those of us who believe that a better world is possible must integrate security into the heart of our debates. Moving from the SDGs to the SDGs.

In other words, does objective 16 become the basis for all the others?